Every time a project schema changes, whether you're adding a single field or completely reworking all your shapes, a new version of the schema is created.

We track the entire history of your project schema and make every version available to view, export, and even restore from.

Here, we'll show how you can view and act upon your schema's history from both the web client and the API. 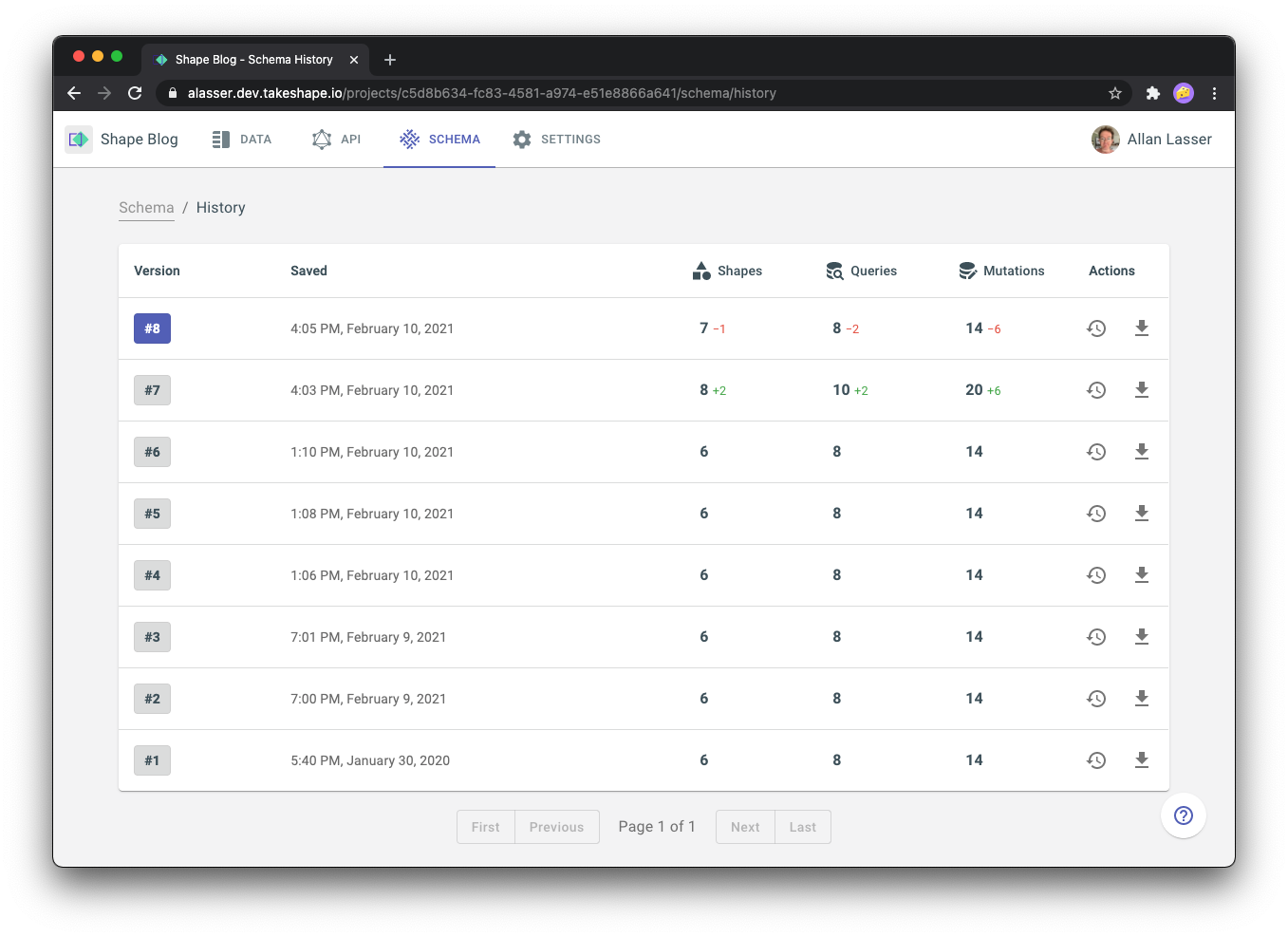 On the Schema history page, you'll see a table showing the ten most recent versions. For every version, you'll see its version number, when it was created, the number of objects on it, and how that number has changed since the previous version.

When you restore a previous schema version, a new version is created that copies the version you're restoring against. Schema versions are immutable, meaning we're never updating an old version of the schema, we're always copying a schema, making necessary changes, and saving the new version. This means all previous versions of your schema still exist and are accessible.

Remember, restoring your schema to a different version can potentially change your GraphQL API, introducing downstream breaking changes to code that depends on the state of your API. That's why, after choosing to restore, you'll be prompted with a warning and confirmation dialog about the change you're about to make. 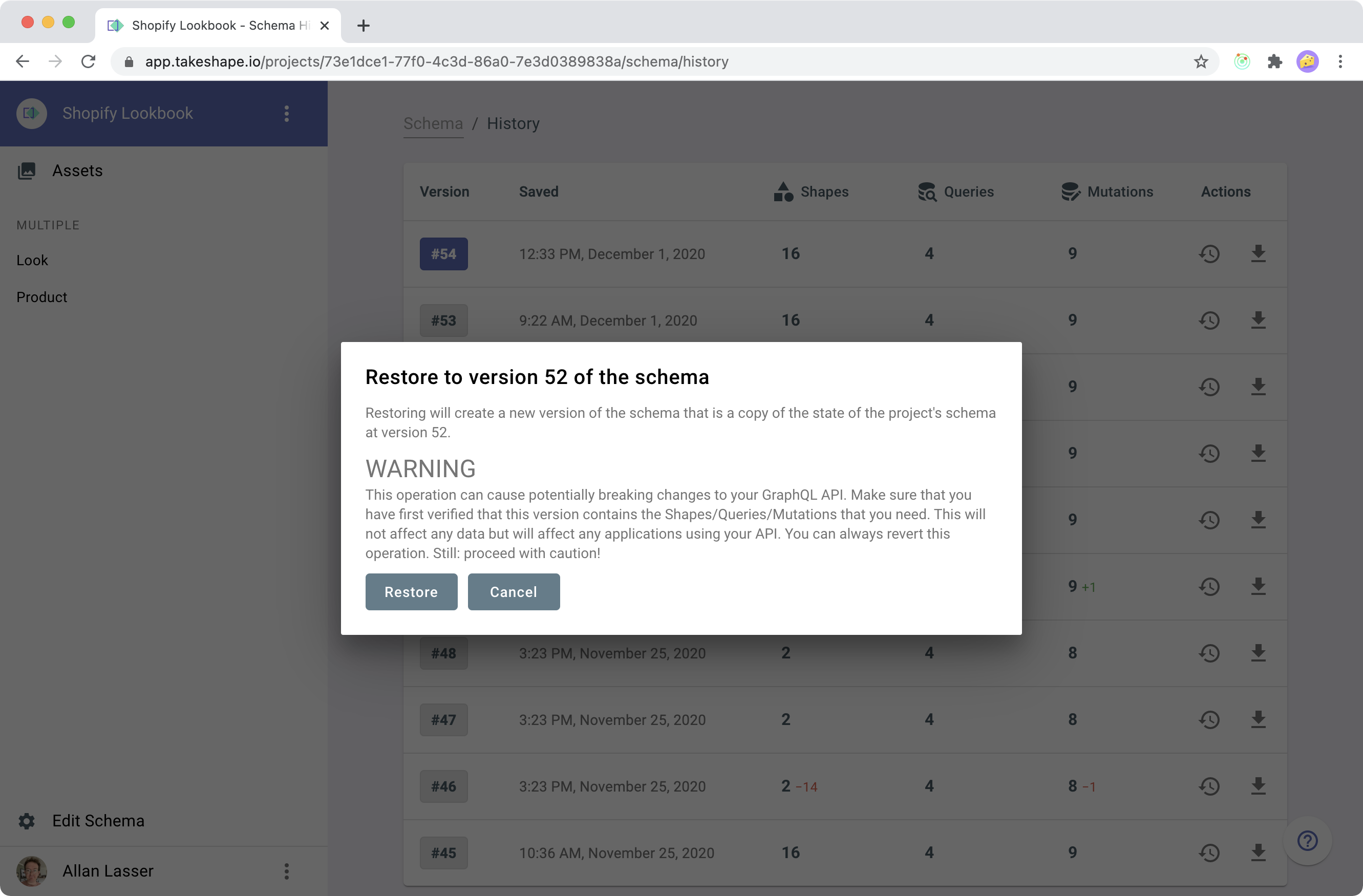 When you're confident to go ahead, select Restore.

After a moment, your project will reload using the restored version and you'll see a new version at the top of the history.

Using the export action will download the schema file for that version. You can use this exported version to fork a new empty project and make whatever changes you'd like.

Using your project's Admin API, you have access to queries and mutations to view your schema history and restore previous versions. In fact, these are the same exact GraphQL requests that the web client uses.

Query for your project's schema history​

The Admin GraphQL mutation tsGetSchemaVersionList will return a list of schema versions with a summary of their contents. It accepts optional pagination arguments from and size to limit the size of your requests. Sorting schemas it not currently supported.

Query for a specific schema version​

There's a separate query to get the contents of a schema at a given version. For that, use the tsGetSchemaVersion admin query. It requires one argument, a version number.